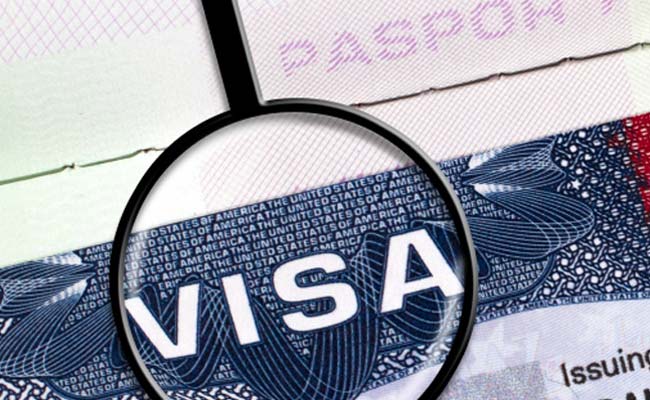 With all the news on H-1B visas lately, the fear of denied applications has increased.  Many H-1B applicants are students who have attended U.S universities and have exhausted their F-1 Visa status.  An H-1B visa is a non-immigrant visa in the United States which allows employers to employ foreign workers in specialty occupations for a period of three years.  This visa can be extended for another three years; totaling six years.  This grants the visa holder six years to apply for permanent residence or get married to a U.S. citizen.  Otherwise, they can no longer work in the U.S. once their visa expires.

As you can see, the numbers keeps climbing!

With the scare of immigration reform under Trump’s presidency, the amount of petitions in 2017 could be tremendous.   A lot of people have been worried about the salary threshold rising from $60,000 to $100,000.  This is only for companies who are H-1B dependent.  That means they employ close to 50% or more of the staff from foreign countries.  Non-dependent companies don’t this threshold and only need to adhere to the Prevailing Wage Determination by the Department of Labor.  This salary amount varies depending on the position.

Once a foreign student has graduated they can apply for Optional Practical Training (OPT) to extend their F-1 visa for a period of one year where they can work for any employer in the U.S.  For students studying science, technology, engineering, or mathematics, they can qualify for the STEM extension on their OPT allowing them to stay a full three years.  If a student isn’t STEM, then their chances of getting an H-1B significantly decreases.

First, Non-STEM students have only one year to obtain an H-1B, which means there is a less than 37% chance by 2016 figures, and even less if they don’t have a graduate degree.  STEM students have more chances to win the visa lottery with the right to work for three full years, as they can apply each year  Second, due to the increased risk of losing an employee after their F-1 Visa expires, many employers are hesitant to invest in foreign students.  These students are also competing with companies who sponsor off-shore employees to relocate to the U.S.  Many might wonder, why do the foreign students bother to try at all?

It all starts with the American Dream and the recruitment process where universities strive to increase enrollment numbers and diversity.  Studying aboard is a great experience, looks fantastic on a resume, and U.S. universities seek the brightest candidates.  According to Wiki, the amount of F-1 visas issued for incoming students for the following years is below:

The amount of F-1 visas massively supersedes the amount of H-1B visa.  Some students want an America education they can take back home to improve their country.  Others want the American Dream, and after living and integrating into our society for four to six years, why wouldn’t they feel at home here?  Four to six years is a long time to a young adult.  They have transformed themselves throughout their scholastic career, made friends, and likely fell in love with staying here.  The U.S. is a blessed place compared to many other countries.

If Congress doesn’t increase the limit on the H-1B cap and hinders the ability of students to obtain the coveted H-1B, we may see a decline in foreign student enrollment.  A decline will decrease incoming revenue for universities, forcing them to cut programs and staff.  Or we may see a record number of marriages and green card applicants as students panic to stay in the U.S. and fulfill their American Dream.  Either way, the system is not supportive of the foreign student in its current state.  Change needs to happen.